Are you thinking about getting a bulldog? If so, you might be wondering if an English or French Bulldog is the right breed for you. While there are some similarities between the two types of bulldogs, there are also some key differences. So which one is better for you?

Bulldogs are friendly, loving, and charming. They are also very stubborn and determined. French Bulldogs and English Bulldogs share similarities but also have some important differences. Before deciding which sort of Bulldog is ideal for your home, it is essential to grasp these distinctions.

Modern Bulldogs Have a Common Ancestry 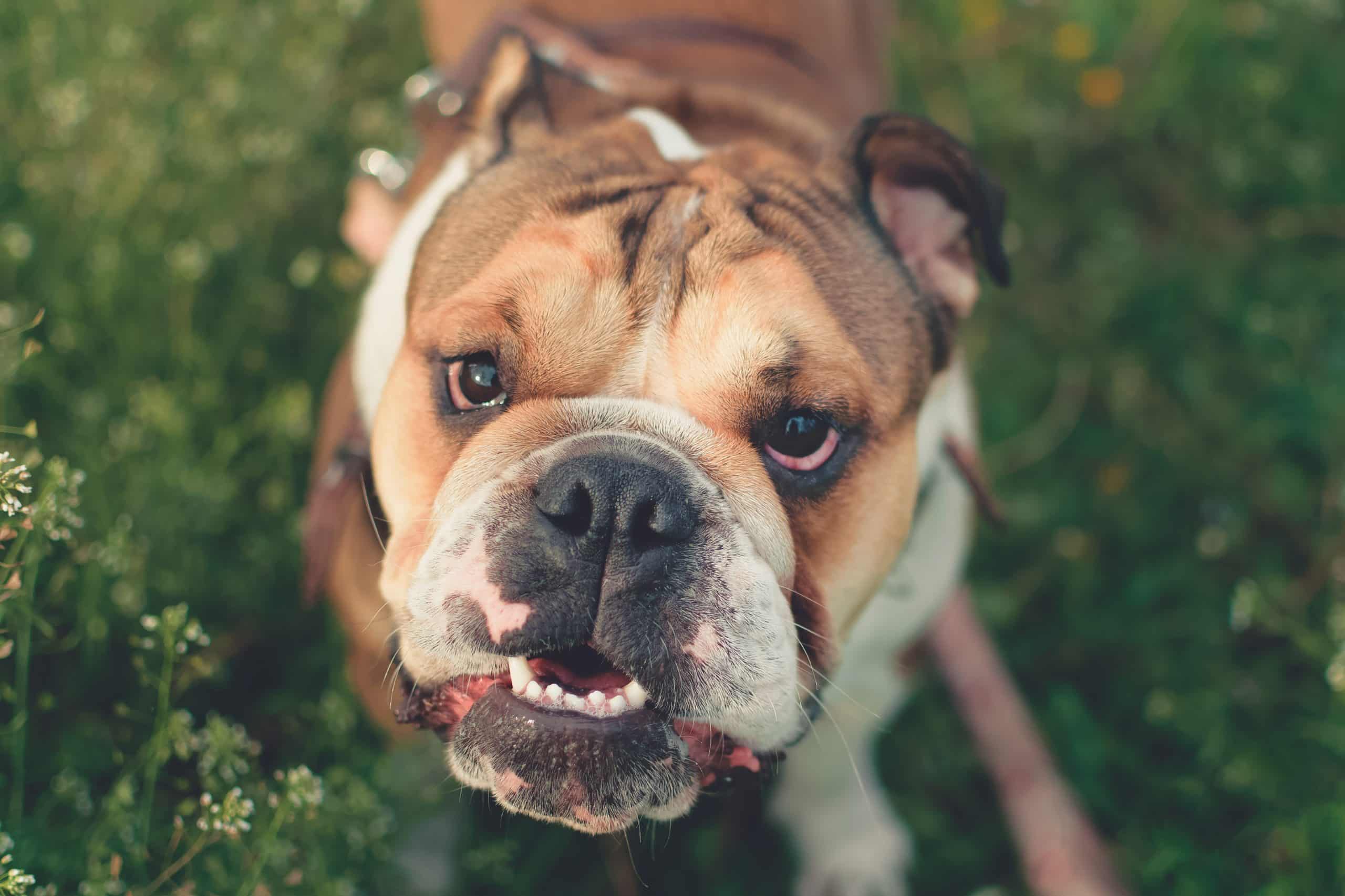 These Asiatic mastiffs have been present since 2500 BC. They were huge and very important in the civilizations of Greece and Rome. The old Bulldogs of England were born from a mix between Mastiffs and other breeds such as Alano Mastiffs, Bandogs, terriers, and Pugs. These Bulldogs were very fierce and had an athletic build.

Bulldogs were originally used to hold cattle. Additionally, they were used to guard property and battle dogs. But people began to select shorter, larger-jowled dogs that could control bulls by grabbing their noses. These faster, smaller dogs could avoid getting stepped on better and were more cost-effective than Mastiffs. Soon, these bulldogs became specialists at bullbaiting, working in pairs before a blood sporting crowd.

The different bulldogs and bull terriers were created in the 1830s due to a crackdown on an ancient animal cruelty statute. 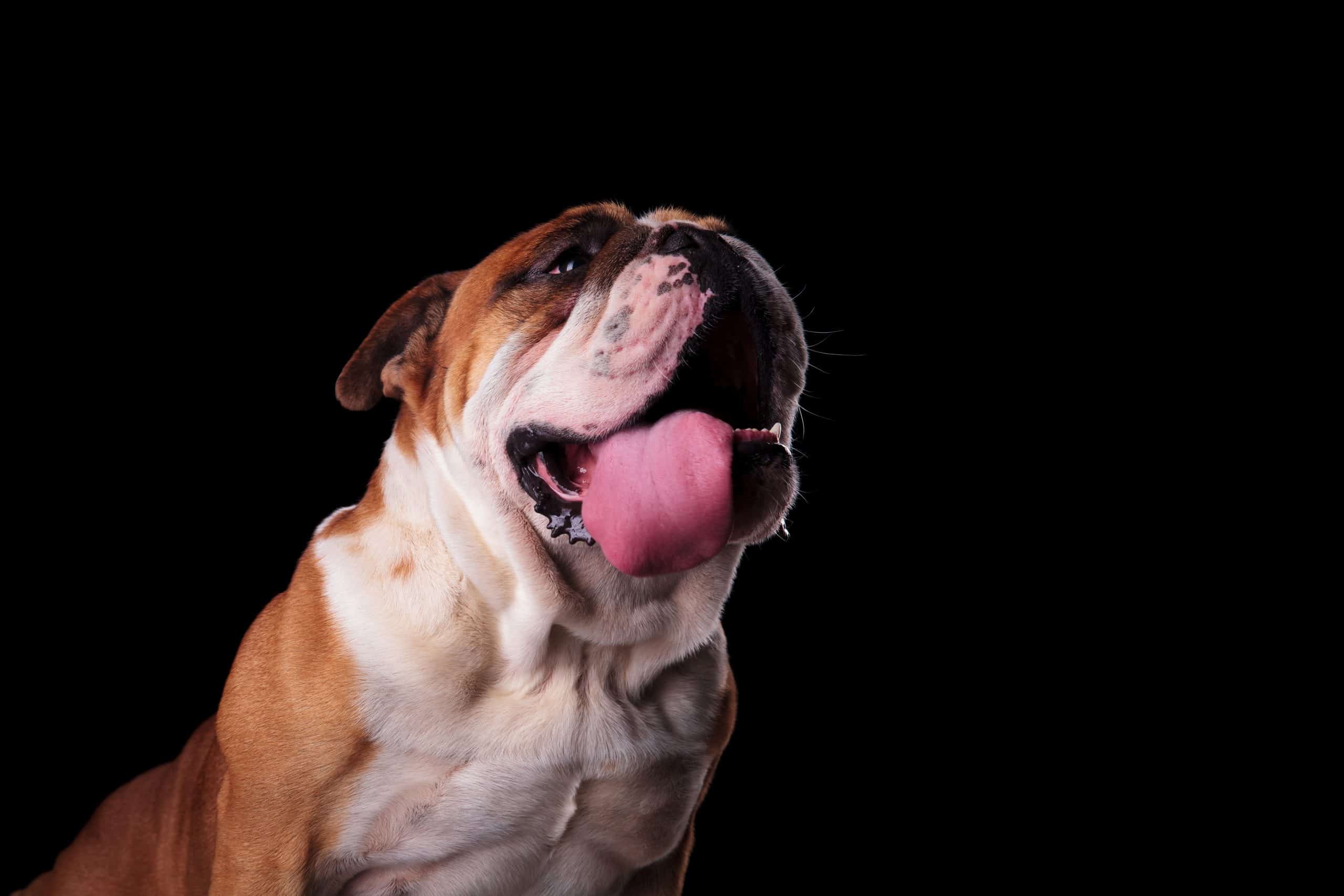 When bullbaiting was banned, the Olde English Bulldog became useless. However, people who liked the look of these dogs decided to create a new breed of Bulldogs. The exaggerated features made them look attractive, like large undershot jaws and short bowed legs. Breeders also selected docility over ferocity. Even though they lost their athleticism, the Bulldogs remained loyal and determined. A breed standard began to form with the foundation of the Bulldog Club of England in 1878.

The AKC accepted the Bulldog in the nonsporting group in 1886. The British Bulldog Club followed in 1892 and linked the breed to the UKC. 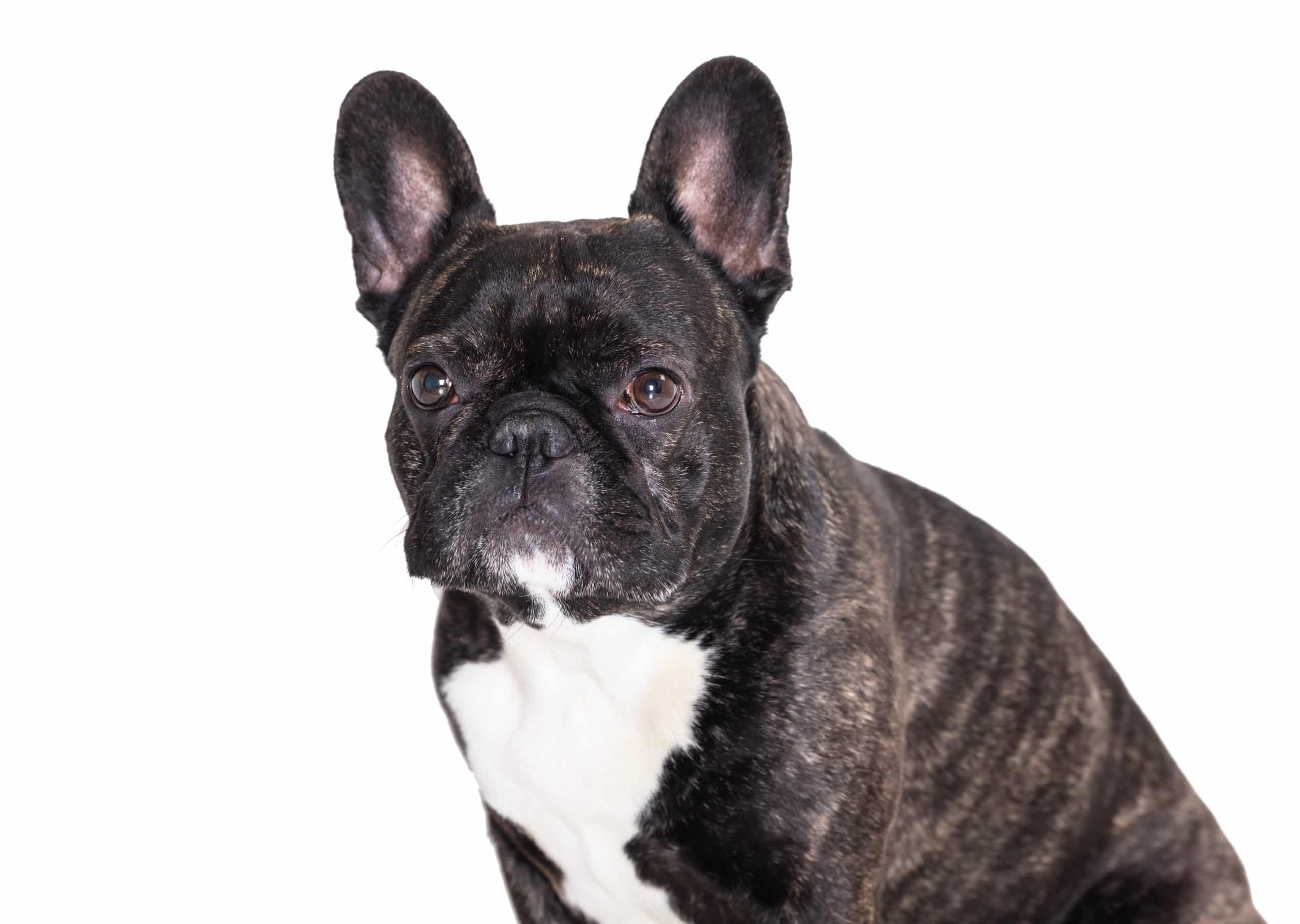 French Bulldogs, or Frenchies, are a type of dog originating from the English Bulldog. These Toy Bulldogs became popular in the mid-1850s as companion dogs. They were bred by crossing the Olde English Bulldog with Pugs, a popular thing to do among people who preferred smaller pets.

The Toy Bulldog was notably famous among Nottingham’s lacemakers. They were displaced to Normandy, France, during the Industrial Revolution. They brought their dogs with them and also imported miniature Bulldogs from England.

Some people bred the Toy Bulldog with local Rat Terriers to make it more popular. French workers liked these dogs, so they became French Bulldogs. People started noticing that they had bat ears, which became a trademark criterion. The AKC recognized these dogs in 1898.

The Appearance of French Bulldog vs. English Bulldog

The differences between French and English Bulldog are evident at first glance. The main difference is size, but there are also other contrasts.

Dogs that look similar have large, square heads with round, wide-spaced eyes. They also have body and facial wrinkles, a short muzzle, a compact, muscular frame, and short tails.

A French Bulldog is a small-medium breed of dog. It stands 11 to 13 inches tall and weighs 16 to 28 pounds. Males are usually heavier and more muscular than females. At the same time, English Bulldogs are medium dogs that are 12 to 16 inches tall and weigh 40 to 50 pounds.

The Bulldog has a big head that looks large from every angle. His eyes will appear wider apart and smaller than those of the Frenchie. His upper lips or flews dangle conspicuously down on either side of his face, forming the iconic Bulldog chops.

His jaw is undershot, and the lower canines are visible when his mouth is closed. Because of their rounder cheeks that protrude well beyond the eye socket and cornered lips, bulldogs have a broad smile. The area of the dog’s head in front of the ears should be proportional to its height. The nose is tucked into a groove between the eyes, behind the muzzle. A fold surrounds a portion of the leather of the nose. The tops of Bulldogs’ ears are set wide to the sides and are rose or semi-prick. Their heads are smaller than their body than English Bulldogs. You can’t see their lower canines when their mouths are shut, and their cheeks are high and rounded. Their chops (the part of their face below their eyes) are prominent but not as much as English Bulldogs.

Although the Frenchie is smaller, both breeds feature upturned lips and a pushed-in snout with a characteristic skin roll. In contrast to the flat top of the skull, the French Bulldog has a distinctively rounded forehead. A Frenchie has fewer wrinkles and forehead furrows than an English Bulldog. French Bulldogs must have large bat-shaped ears at the base and taper to rounded tips. They are standing tall and staring forward.

The Bulldogs have well-rounded bodies and wheel-backs. It means their spines rise from the lowest point just behind the shoulders to the hips and then dip suddenly to the tail. The Bulldogs are taller at their hips than their shoulders, which is different from most other breeds.

The English Bulldog has looser skin and more wrinkles than its French counterpart. They also have a bowed appearance on their hindlegs, although their bones are not curved.

Cream, white, fawn, or brindle are all options. There are French Bulldogs. Additional colors include black, black-and-white, blue lilac, chocolate, and black-and-tan. Bulldogs can be piebald, brindle, fawn, or multicolored. 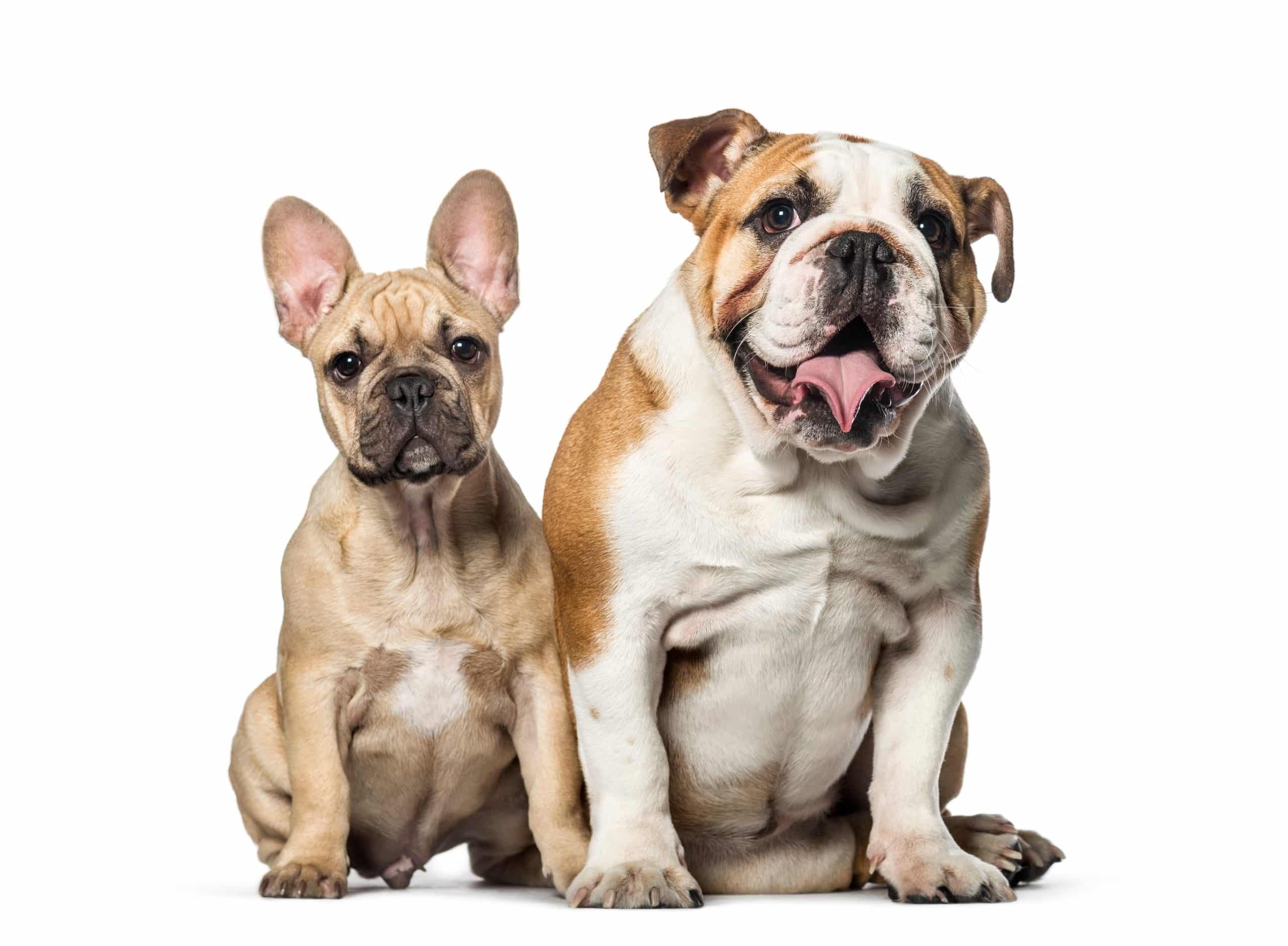 The Temperament of French Versus English Bulldog

These smaller Bulldogs have a similar temperament. They both like to clown around and be silly to get attention and affection from their owners and strangers. They are both loving and affectionate.

English Bulldogs are more protective and might bark more when people come to the house. But they are not good at being guard dogs. Additionally, they are kind and gentle with children. Neither dog is typically too energetic for young children, but each is sufficiently playful to be enjoyable. The smaller size makes the Frenchie less terrifying to young children and less prone to knock over toddlers. English Bulldogs can develop a protective nature toward children.

English Bulldogs appear to be more frightening than French Bulldogs. English Bulldogs, on the other hand, is quiet, undisturbed, friendly, and tranquil. They should appear respectful, despite their funny personalities. They have strong, brave characters with no indication of hostility.

Training a French or English Bulldog is similar—both stubborn and independent dogs. As companion dogs, they are intelligent but slow to learn commands. They have more emotional intelligence than obedience. 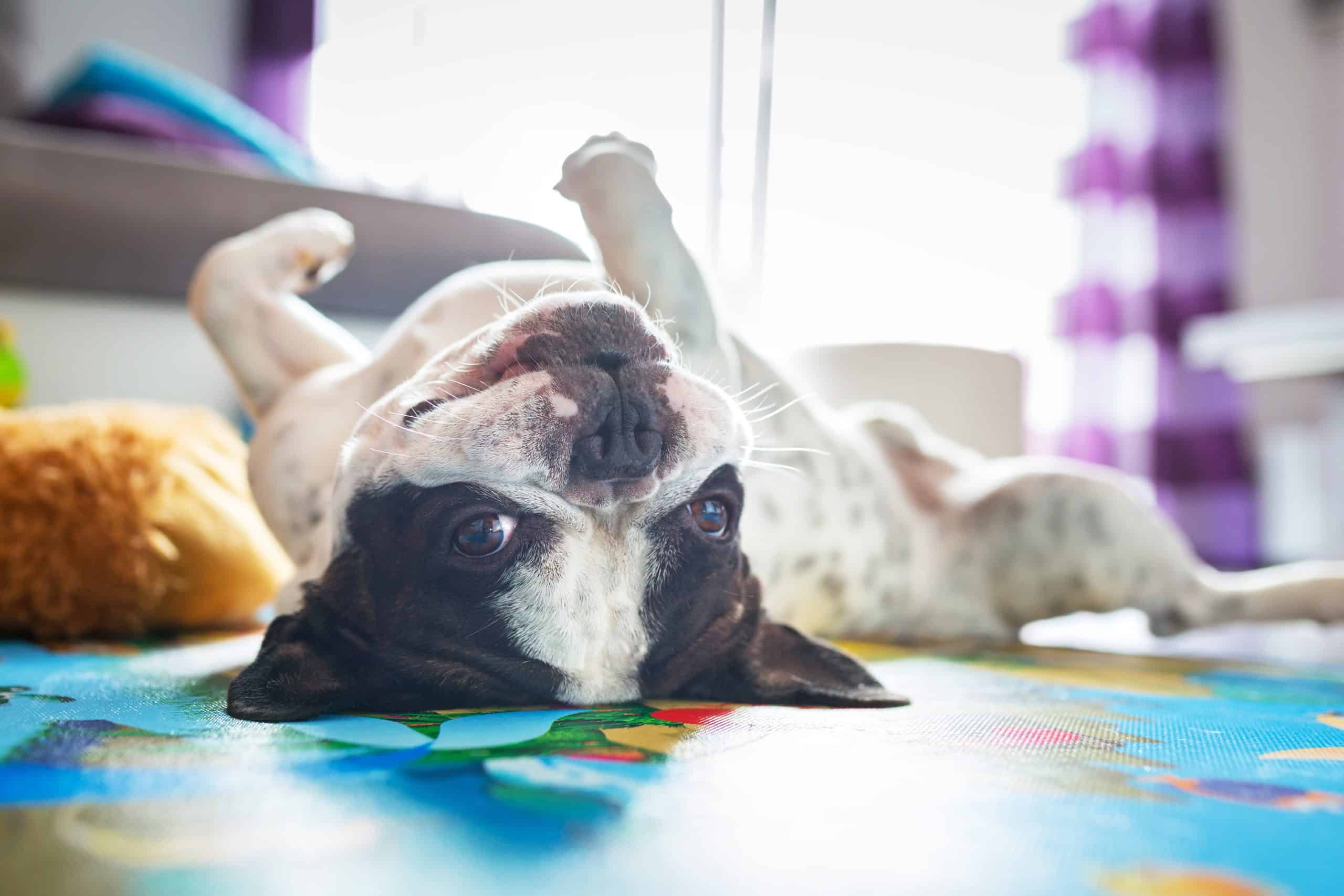 Shedding and Grooming are Almost the Same

Once each week, you should brush your French or English Bulldog with a pin or slicker brush. Dogs with allergies or skin issues may need to be bathed more frequently, frequently with medicated shampoo. Trimming your dog’s claws every four to eight weeks would be best.

How long do French versus English Bulldogs live?

French Bulldogs need about 40 to 60 minutes of exercise each day. They should do a mix of activities- some strenuous and some mild. English Bulldogs only need 30 to 45 minutes each day. Puppies don’t need as much exercise as adult dogs, but they still need some training and socialization. Be careful when exercising your dog, and make sure they are not overexerted. Also, be aware of the weather conditions when planning an outdoor activity.

Bulldogs cannot tolerate hot and humid conditions. They are never recommended to exercise outside when temperatures rise above 80 degrees Fahrenheit. You should also use caution with dogs suffering from heart problems or obesity.

Click here to learn more information about your French Bulldog. 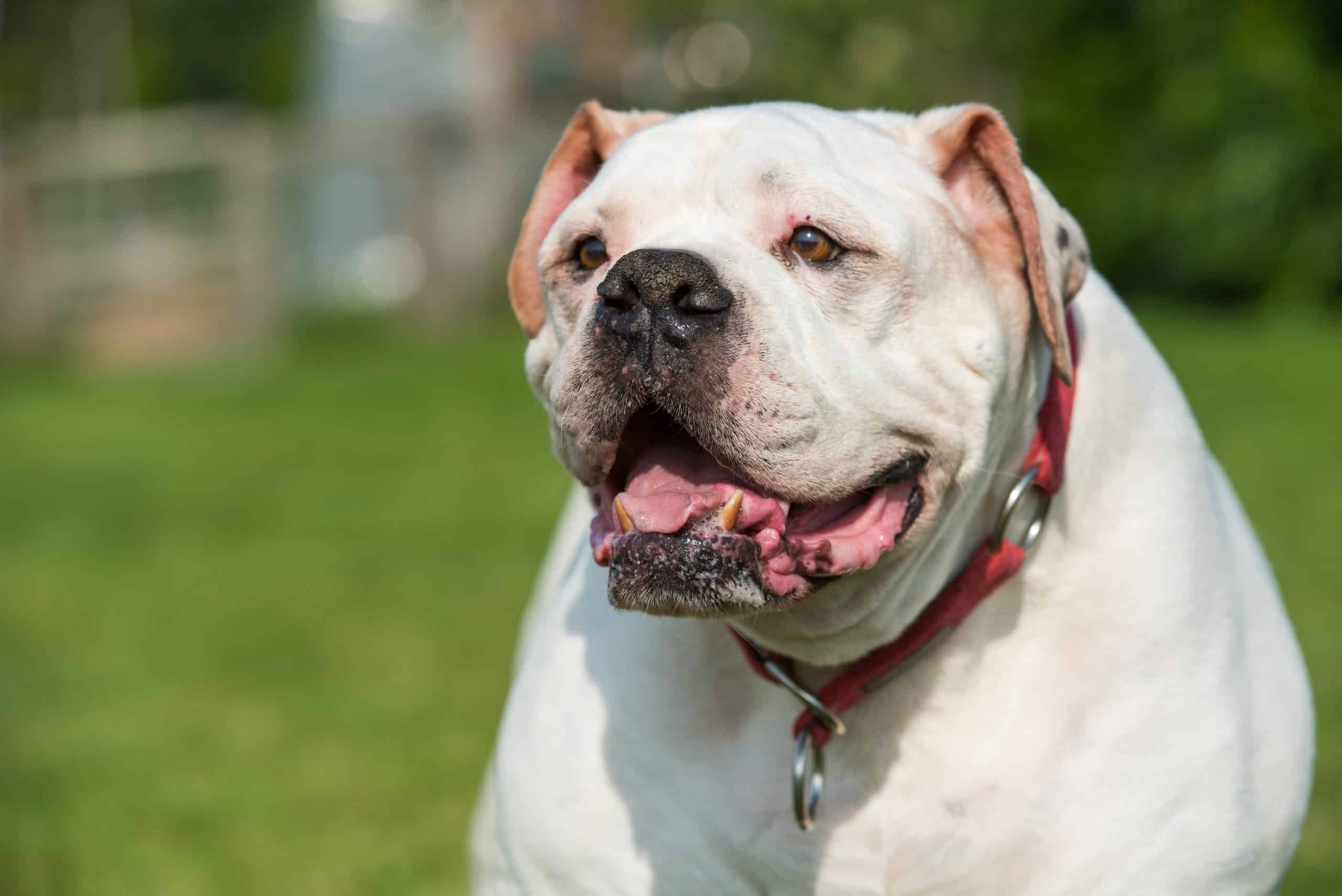 Which Bulldog Is the Best?

The average lifespan of a dog is 10 to 13 years, but English Bulldogs only have a lifespan of 8-10 years. On the other hand, French Bulldogs can live up to 10 or 12 years, making them one of the longest-living dog breeds.

Which Is the More Expensive English Bulldog or the French Bulldog?

The giant English Bulldog is not the right size for your lap, but he might try to sit in your lap anyway. These breeds of dogs can be expensive. The AKC-registered breeders list both English bulldogs and French bulldogs for between $2,000 and $4,000.